Laurel had a crush on Sam when they were both in middle school in Gwinnett County.  Although Sam moved to Athens, Georgia, after middle school, they reconnected right before the pandemic and started dating. The couple had their wedding at Vecoma on July 30th.  They decided on a Southern style theme for their wedding since they are both from Georgia. 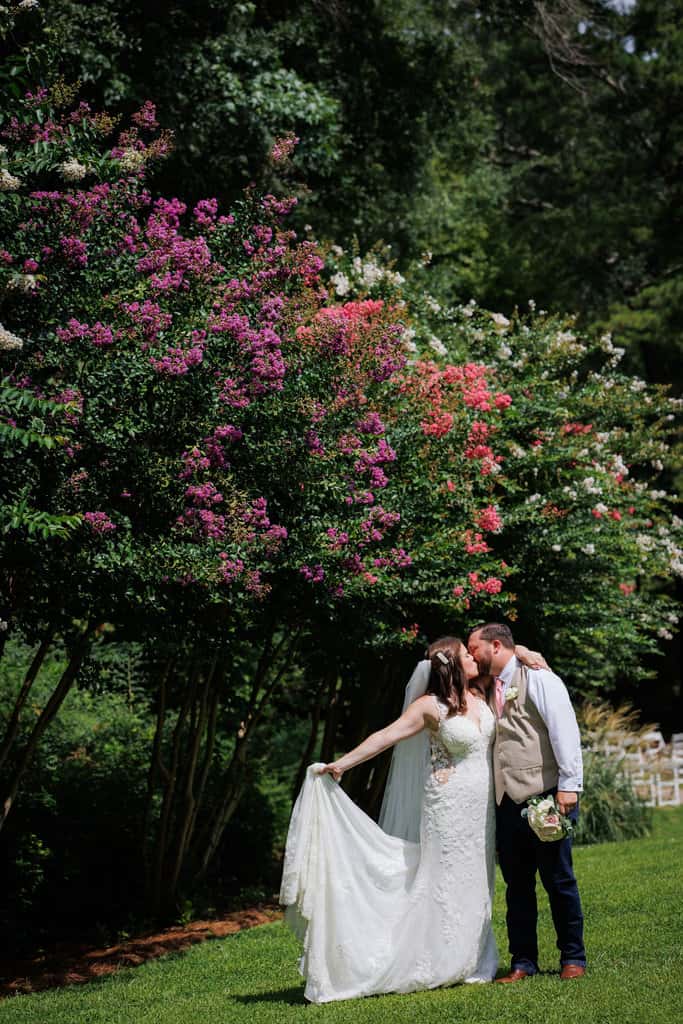 Crepe Myrtle Trees in full bloom in July at Vecoma 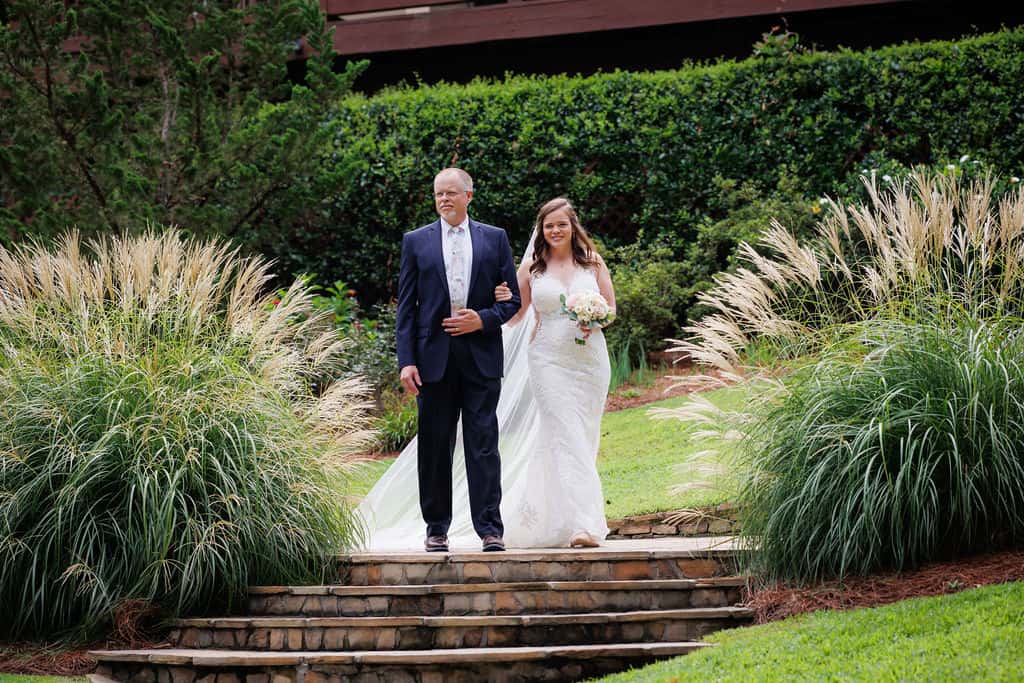 Bride about to walk down the aisle with her father

Laurel walked down the aisle to the song Georgia on my Mind by Ray Charles. The song complimented the southern theme of the wedding, but it also fit Laurel perfectly because she’s a UGA grad. Fun fact: in 1979, the State of Georgia declared Ray Charles’ version of Georgia on My Mind as the official state song. 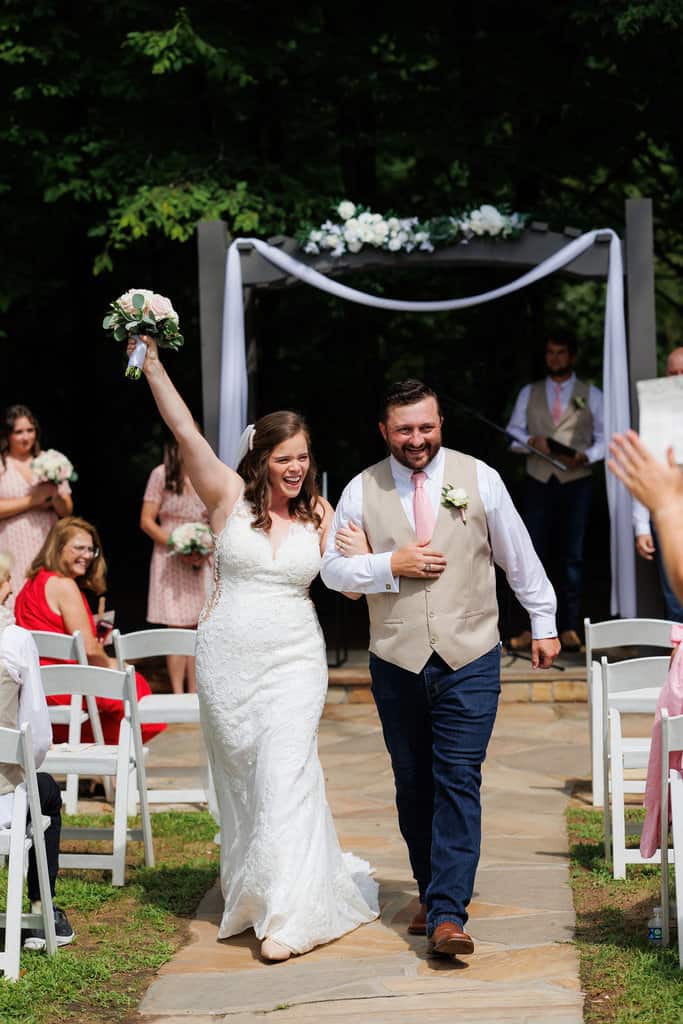 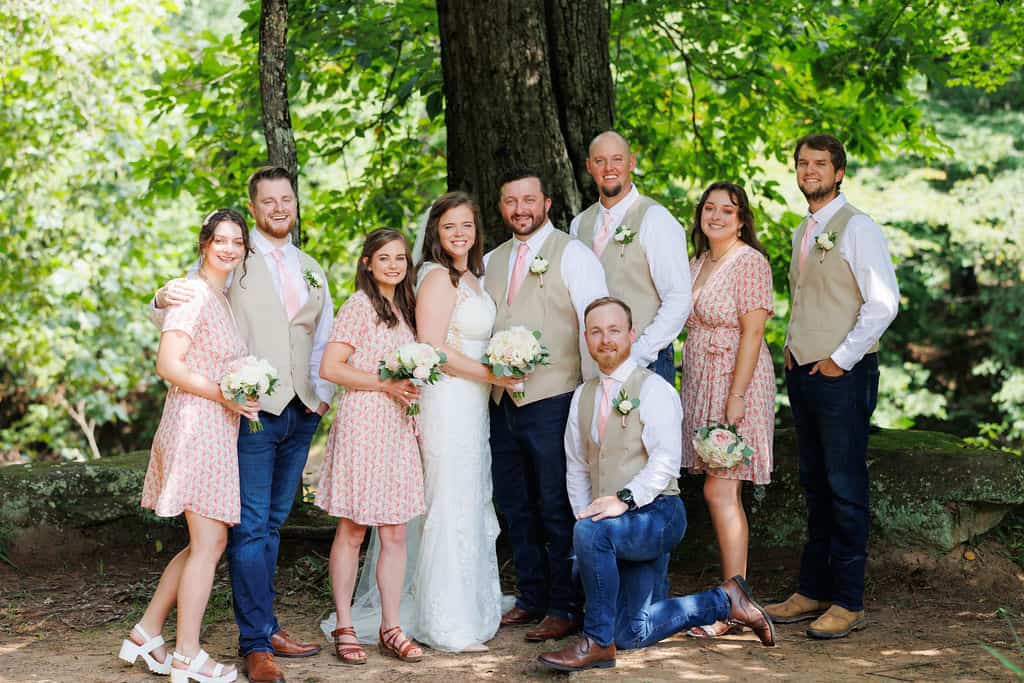 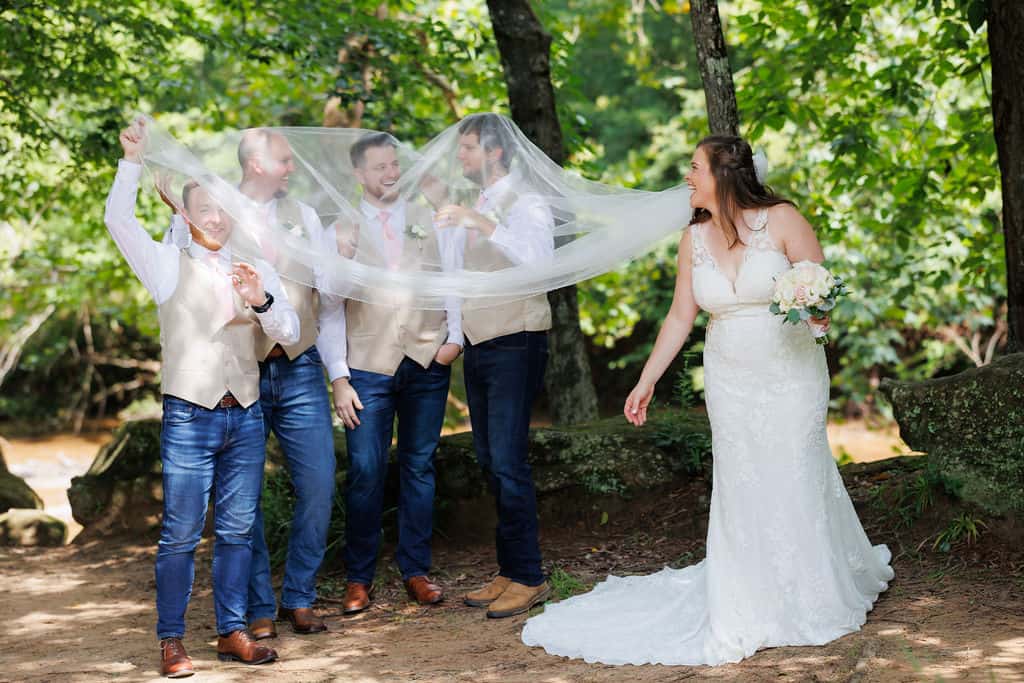 Groomsmen and the Bride 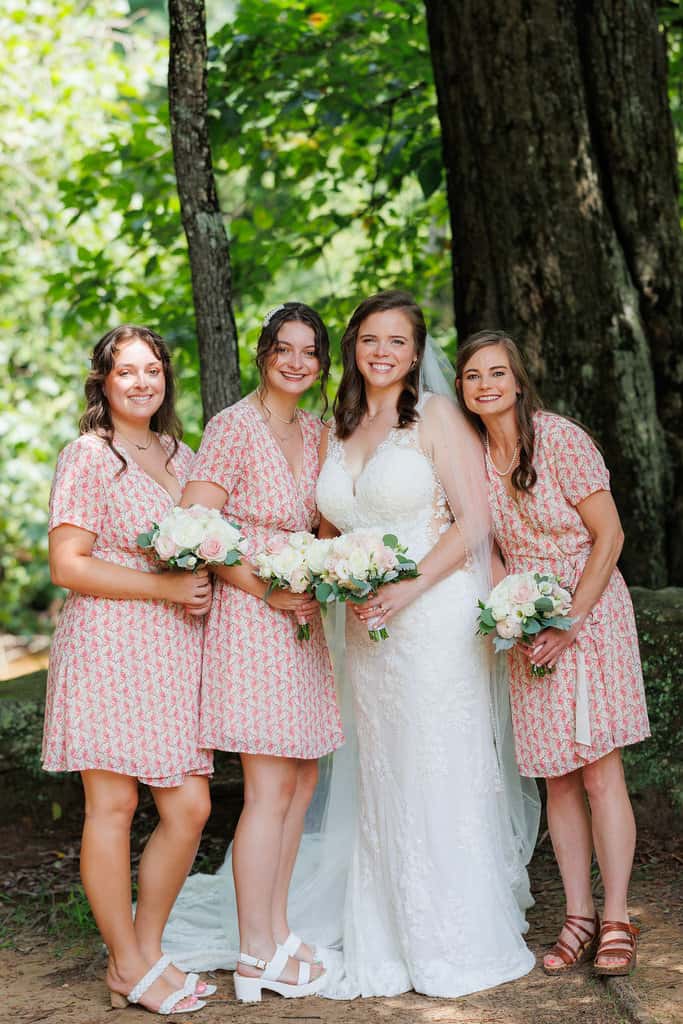 The groom wanted to add his own southern touch to the wedding. Instead of choosing his own song, he added a biscuit and fried chicken bar to the couples brunch menu. The biscuit bar had homemade biscuits, gravy, assorted jellies, strawberries, and even whipped cream! Needless to say, the fried chicken and biscuit bar was very popular!

Laurel decided to get a little creative with her and her bridesmaids dresses too! She bought her dress on Poshmark, which is a website that lets independent sellers list their own designer clothing items. The Bride bought her dress for an amazing price even though the dress had never been worn by anyone else!

(The dress was designed by Stella York!) 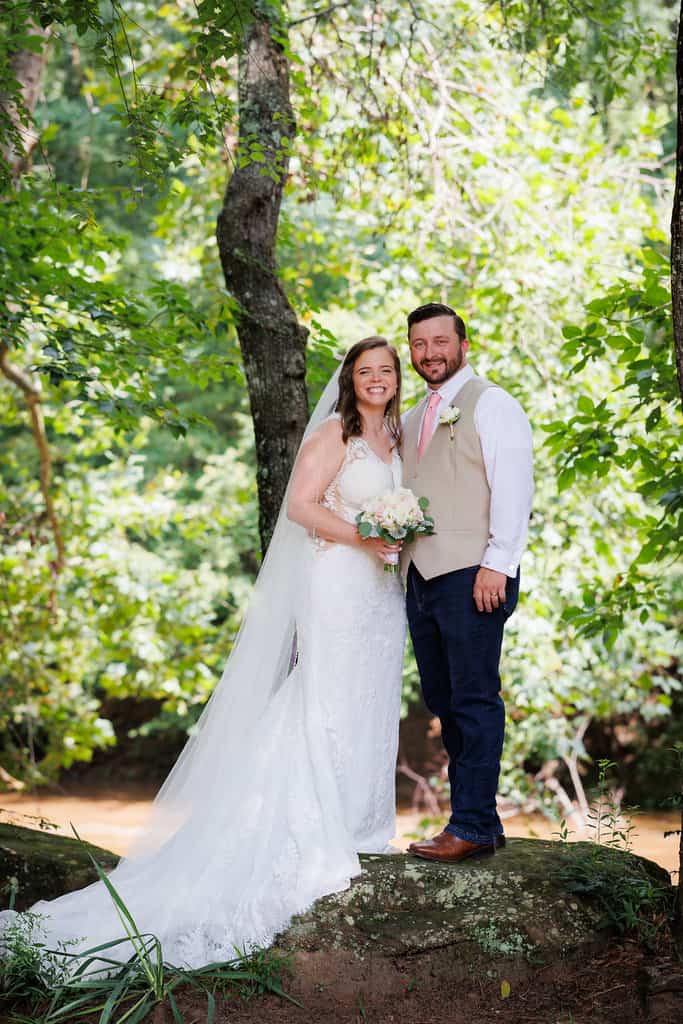 Bride and Groom together after Ceremony 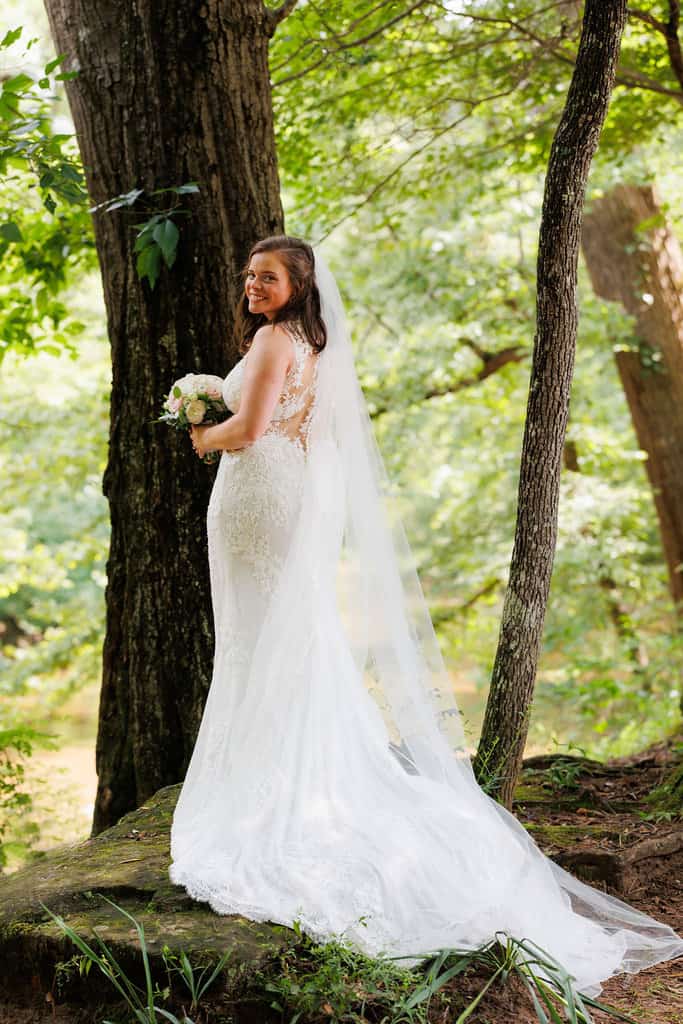 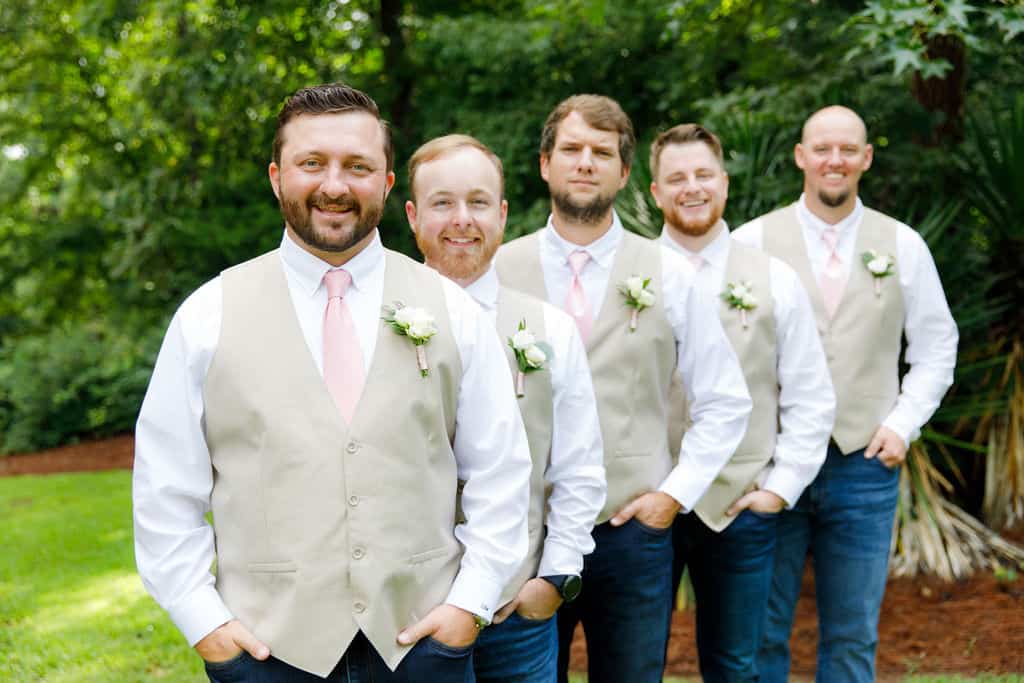 Sam and his Groomsmen 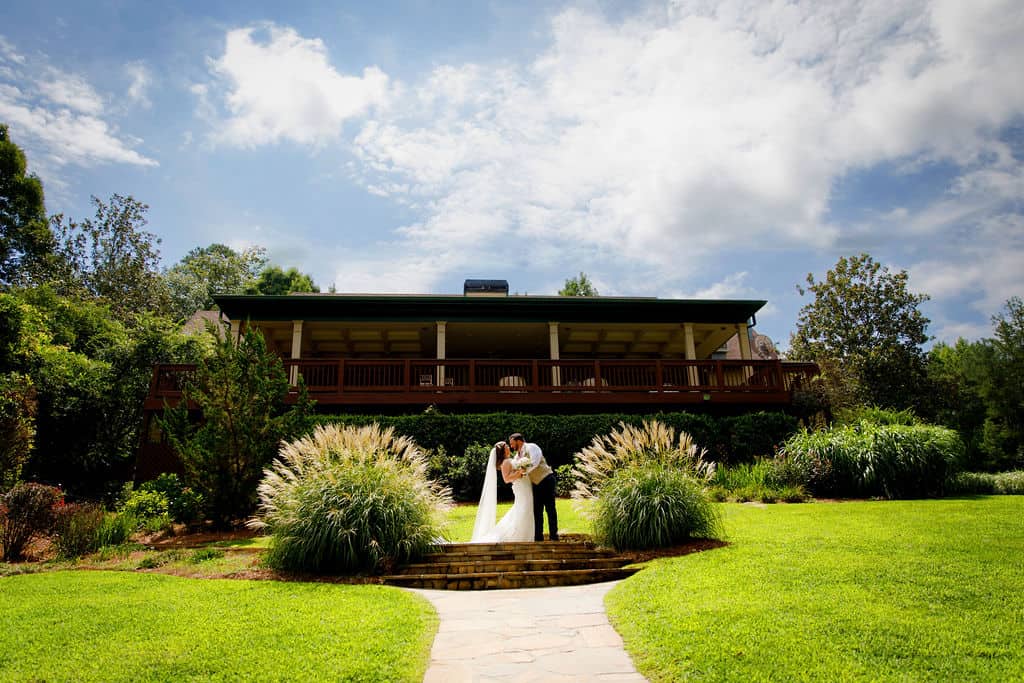 Vecoma at the Yellow River

The groomsmen wore boots and jeans, matched with a beige vest. The bridesmaids wore dresses designed by Mellowday, which were conveniently purchased (also for an affordable price) from Nordstrom Rack. The pattern dresses, and the crepe myrtle trees that were in bloom made an atmosphere where you could almost taste love in the air.

Although the July weather was hot, Laurel and Sam brought electric fans for their wedding favors that were able to keep all the guests cool. The guests were also able to refresh during cocktail hour at an open Mimosa and Bloody Mary bar! When the Bride and Groom made their grand entrance, they danced to I Cross My Heart by George Strait.