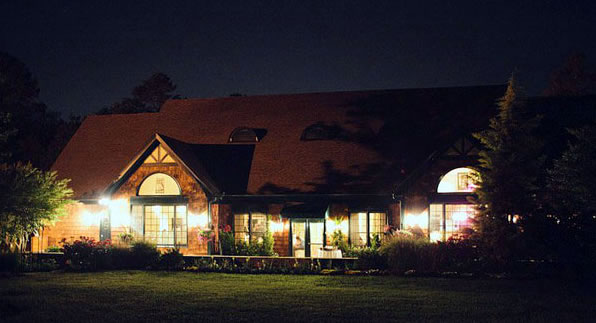 Vecoma is a hidden paradise located right on the beautiful Yellow River. Nestled among pine, oak, sweetgum, and other native Georgia trees, it’s not hard to see why Vecoma is the ONLY venue in Georgia to receive the Knot Hall of Fame award! Vecoma is an elegant, intimate setting for parties, weddings, and receptions, banquets, company picnics, dances, or almost any event.

Vecoma is also rich in history. As early as 900 B.C., the land formed part of the extensive Native American southern trading route. During the Civil War, Vecoma served as a bivouac point for both Union and Confederate armies. At the turn of the 20th century, Vecoma was the site of many baptismal rituals.

In the early 1920s, Cotton Mather’s furniture business began to thrive. It was after this success he was able to seek a pleasant country home where he could retreat from the bustle of Atlanta with his wife Venie and their four daughters. To ensure privacy, Mather purchased property on both sides of the Yellow River.

In 1927, Venie and Cotton Mather completed a 6-sided cabin, made entirely of stone and wood taken from the property. They named their new lodge Vecoma, combining the first two letters of each of their names.

The foundation and chimney of this family relic still remain next to the new reception hall built-in 1996. The large deck on the back of the hall overlooks the expansive forest, lawn, and river. Many couples have exchanged vows here because of its rich history and natural beauty.

Today, the family of Venie and Cotton Mather invites you to twine your history with ours. We would love to host your event at Vecoma! Step back in time with us and enjoy breathtaking views of the old farm, the meandering Yellow River, and the surrounding woodlands. If you are lucky, you may even spot deer and other wildlife that enjoy Vecoma’s lush tranquility.

Atlanta has grown quite a bit since the 1920’s, but Vecoma is still the peaceful retreat of Cotton Mather’s dreams. Once you set foot onto our grounds, you won’t believe you’re just a short drive from Atlanta!

Even today, the family legacy of Venie and Cotton Mather is still going strong. Their granddaughter Judith and great-granddaughter Caroline are dedicated to sharing Vecoma’s rich history and natural beauty. This mother-daughter team shares a passion for weddings and events of all kinds!

Judith is a huge UGA fan with a degree in Business Administration from Old Dominion University and is also a licensed CPA. Caroline has a Bachelor of Science degree in Management from Georgia Tech. This dynamic mom-and-daughter duo has spent over 20 years working in cost analysis and market research to stay up to date with the latest and greatest in wedding trends and technology. Their unique education and experience have helped them master the art of producing high-end weddings and events at the best value to their clients – and they only get better every year!

Vecoma will give you the best wedding and event value in Georgia. Don’t just take our word for it- just look at the reviews! Vecoma has more 5 star ratings than any other venue in Georgia. Vecoma was the only venue noted in the national magazine “Consumer Report” article on how to save money on your weddings.

Whether you root for UGA, Georgia Tech, both, or neither, you can trust that Vecoma truly cares about our customers and their special events! 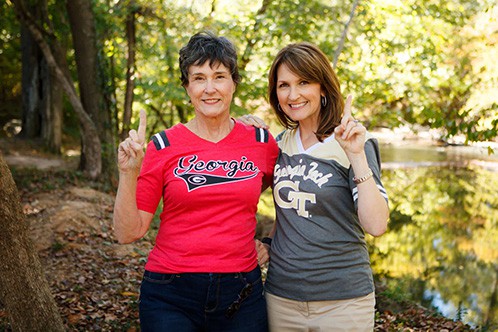 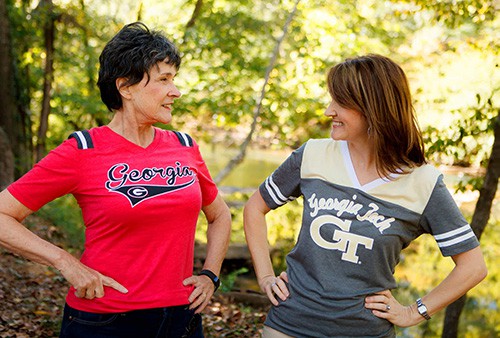 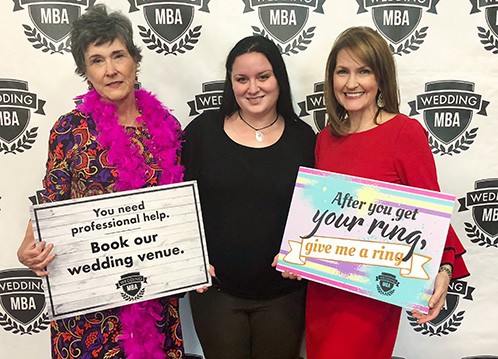